By Eleanor Barley Posted on 20 February 2017 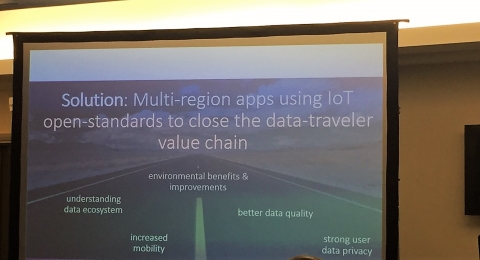 Connectivity and Collaboration are Key for the Future of Smart Cities

The Smart Cities UK conference took place on the 2nd February at Stamford Bridge – home to Chelsea Football Club. The conference offered a range of speakers about Smart Cities, some covering the more general overview of Smart Cities themselves and how to move towards them, others covering more specific aspects such as health, energy and how to achieve the connectivity needed for a truly connected smart city.

One talk of particular interest, by Chris Cooper of Knownow Cities, suggested that the Smart Grid could be the catalyst for unlocking truly smart cities by providing the economic justification for investment in connectivity. Smart Grids not only ease the burden being placed on the grid, allowing for greater use of renewable energy and flatten the peaks of demand, but would provide the first ‘backbone of infrastructure that could pave the way for a city to become smarter in aspects other than energy, including social, crime, and resource use. This would provide a great opportunity to implement smart grids in cities across the UK to address a number of challenges in the future whilst tackling the pressing issue of energy.

Indeed, the talks all agreed on one thing – that connectivity is key when forming Smart Cities. This doesn’t just mean in terms of device and network connectivity, which is used for data transfer, but also in terms of collaboration and community engagement. By collaborating, different solutions for a range of barriers to Smart Cities can be discovered.

This is essentially the aim of the CloudOpting project. By creating a platform that allows local authorities to share their own applications and IT solutions, other authorities can take advantage of access to these public services rather than developing their own applications. This sharing of resources helps everyone to save money. Less time and money is wasted on different organisations developing the same service; instead this collaboration allows for local authorities budget to be used in other areas.     This is particularly important as local governments are seeing more and more cuts to their budgets.

It was also interesting to see the methods that different cities were taking in order to improve their transparency and data sharing. London, for example, has implemented CKAN as a way to share data openly, to allow citizens to develop solutions within the capital. This data transparency is an important aspect of the CloudOpting project, and Corby, alongside Barcelona, has also implemented a CKAN portal (corbydata.co.uk) that allows for transparency of data within the borough and the county.

All in all, the future of smart cities and the increasing ability to connect offers new and ever greater opportunities for saving costs and providing services to both citizens and the local authorities that serve them. It is this opportunity that CloudOpting aims to utilize to provide a benefit to local governments across Europe. 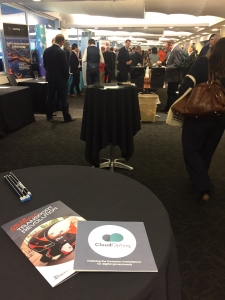