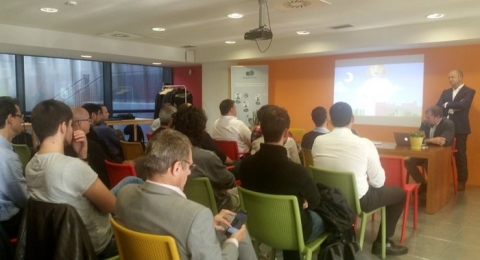 CloudOpting is a three-year project which aims to provide a European App Store for public services. This would allow governments and local authorities to deliver services to citizens through a cloud-based platform. Not only would this give people access to a variety of different services, but would also benefit local authorities by reducing administration and IT fees whilst facilitating the move to the digitalisation of governments, allowing them to migrate their services to the cloud.

CloudOpting will allow local authorities to migrate their own services, but they will also be able to access and adapt services that have been deployed by other public administrations within Europe – hence making CloudOpting the app store for public service. Public bodies will then save money on adapting services found on the CloudOpting marketplace rather than developing their own services – an action that is both costly and time-consuming.

As CloudOpting is nearing the end of the project’s timespan, a series of Hackathons were organised in order to test the CloudOpting platform and polish the business model, and receive feedback from CloudOpting’s prospective users.

These Hackathons took place over a number of days in November in Karlshamn, Sweden and Sant Cugat, Spain, with a final networking day on the 1st December.

The first part of the Hackathon was more technical and allowed participants to explore the technical aspects of CloudOpting, and taught them how to migrate an application to the platform.

The networking day on the 1st December brought together relevant stakeholders, including local authorities and the developers who attended the technical day, to discuss the business model.

Organising a Hackathon was a particularly innovative idea to promote the CloudOpting project, and one which received enthusiasm from the European Commission. Not only is a Hackathon such as this able to engage the audience and promote the project, but also gets participants involved in the project itself, allowing them to fully understand the outputs of the project and provide extremely useful, constructive feedback for the project.

The CloudOpting Hackathon was successful, with the two locations reporting great attendance at the event. The feedback received from the Hackathons, particularly that resulting from the open discussions on the networking day, will be taken forward and used to improve CloudOpting as a whole.

Other topics highlighted during the event include the requirements of Public Administrations in procurement of ICT services, an issue that will become more prevalent as further local authorities turn to the digitalisation and Cloud-provision of their services. It is these kind of discussions that not only act to improve the CloudOpting platform and business models, but also identify the barriers that face the uptake of Cloud platforms in order for these to be reduced.

Further to these discussions, CloudOpting would like to receive more feedback from public administrations to better understand their business needs and requirements, and see how the CloudOpting business model fits within these. If you are from a public admin, please take a couple of minutes to fill out this survey